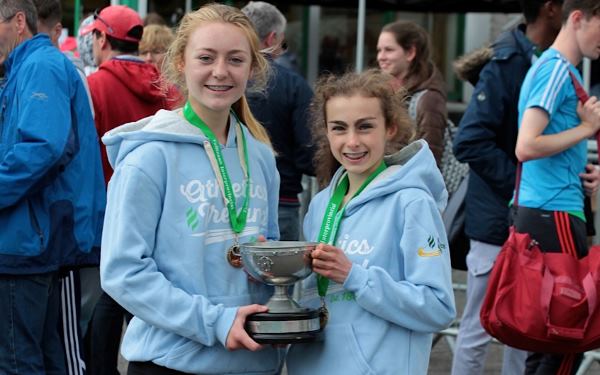 Congratulations to AmyRose Farrell who closed out her 2015/16 season with another victory over 3000m in the Tailteann games on Saturday last. AmyRose was in fine form taking up the running over the last 500m and securing the title for Leinster in the provincial competition. She will now go on to represent Ireland in the SIAB T&F Championships in Kent on July 16th.

Lara Gilespie was also taking part and narrowly missed out on a podium finish in a pulsating 800m race but got a well deserved medal when running a fine leg for the victorious girls 4 x 300m relay team.