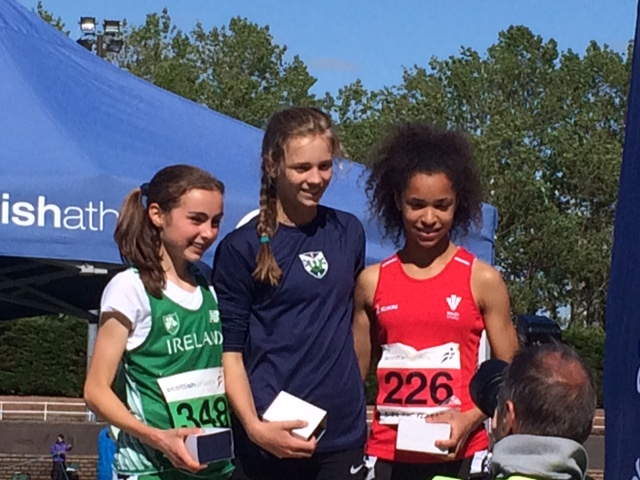 AmyRose Farrell took a fine silver medal over the weekend at the Celtic International Competition in Falkirk. She was representing Ireland in the U16 Category and in a very unique event, athletes from both the the U16/ 18 category are included in the one race.

AmyRose (1500m) was one of four athletes setting a strong pace as they broke away from the main group mid way through the race eventually finishing in fourth place overall and the second athlete home in the U16 race behind her Scottish Counterpart. Her time of 4.38 was also a new PB and a great weekend for her and the Irish Team as they finished second overall in the Team competition.

Congratulations to AmyRose on another fine performance in her second International outing this year.