You may be here looking for a reason to join a running club. Or perhaps it is to persuade someone you know? We all know that running helps you sleep better, improves psychological functioning, reduces stress levels and helps you focus better during the day. These benefits are amplified in group settings. Whether you are new to, or running for many years, joining a running club might be exactly what you need. For those running for years, running with a club is a great way to shake things up and renew your love for the sport.

When running with a club, the number one theme is support. Members root for you and support you in achieving your own goals. Another great thing about joining a running club is that you are accountable. If you don’t show up, no one’s going to be adding pressure. Life gets busy and sometimes important things such as keeping active, which helps maintain your physical and mental health, can be skipped. However, when you have running buddies or friends expecting you at a run, you are less likely to miss a workout. 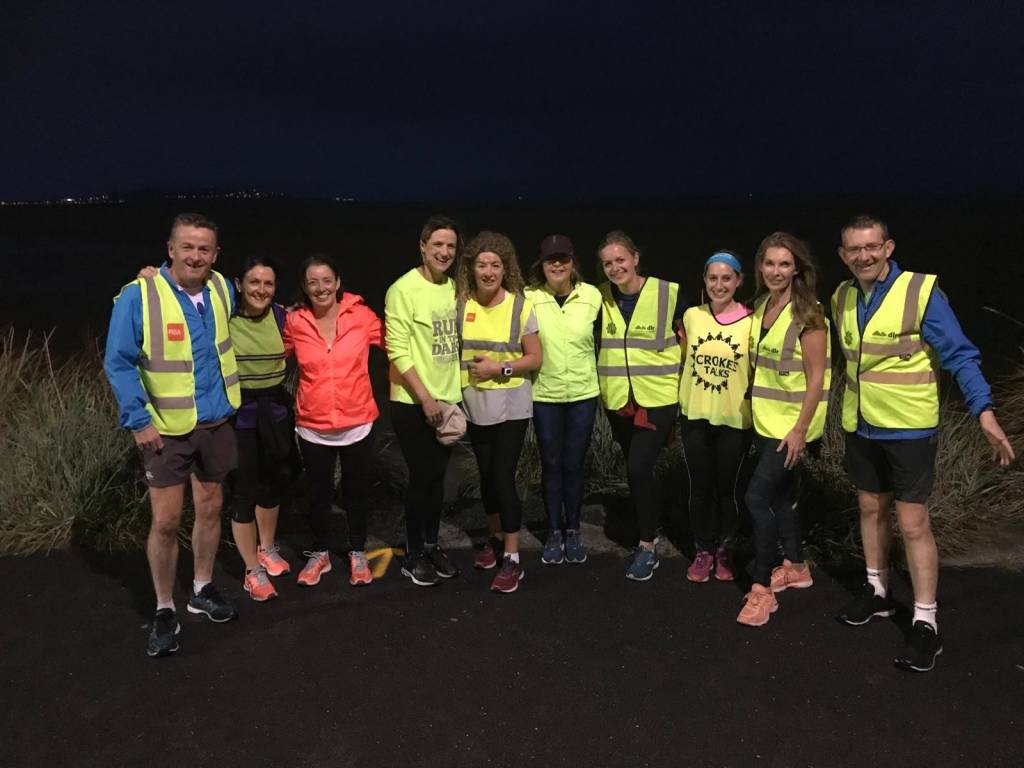 When you join a running club, you will start to feel that you belong to something bigger than running itself. Blackrock A.C. in many ways is like a family. One of its most valuable assets is its diversity which mirrors that of Dublin, a multicultural and multiethnic city.

The youngest members of Blackrock A.C are 6 with the oldest being 84. Everyone is accepted, regardless of age, ability or background. Some members admittedly just come along to certain events for the coffee! So those seeking more on the social aspect are also welcome!

Running Paces for Every Member

Often when people join a running group, their worry is that they’ll slow the group down. Blackrock A.C.’s motto is ‘the team should be like horses of the sun together and not as individuals’. Absolutely no one is left behind. From time to time, different sections of a group will form, particularly on long runs but each member is included in every run.

Blackrock A.C. has different running times on Tuesday and Thursday evenings as well as Saturday and Sunday mornings. We welcome you to view the full schedule here. As a rule, we never turn a corner without making sure the whole group has caught up. If a member is having a tough day, there is always someone on hand to jog/walk with that individual.

Over time, invariably those who join a running club see their performance taken to the next level and beyond. When you run with a team of people, you will naturally see your pace becoming faster. If your aim is to improve your overall speed or maybe achieve a qualifying time, running with a team will help. There is usually someone faster than you and you are going to try to match their speed, which over time becomes easier.

Each year, Blackrock A.C. members take part in multiple events throughout Ireland and further afield. There is great support and comradery in the leadup and conclusion to these events which really highlights that members belong to something bigger than the sport itself. The Dublin Masters Cross Country for ages 35+ is usually the first event of the year. This is followed by the Raheny 5 Mile, Bohermeen 10k or half marathon and other staples of Blackrock A.C. such as the Clontarf 5 mile and half marathon. Of course, the highlight for many is the Dublin half marathon in September followed by the Dublin City Marathon itself in October. 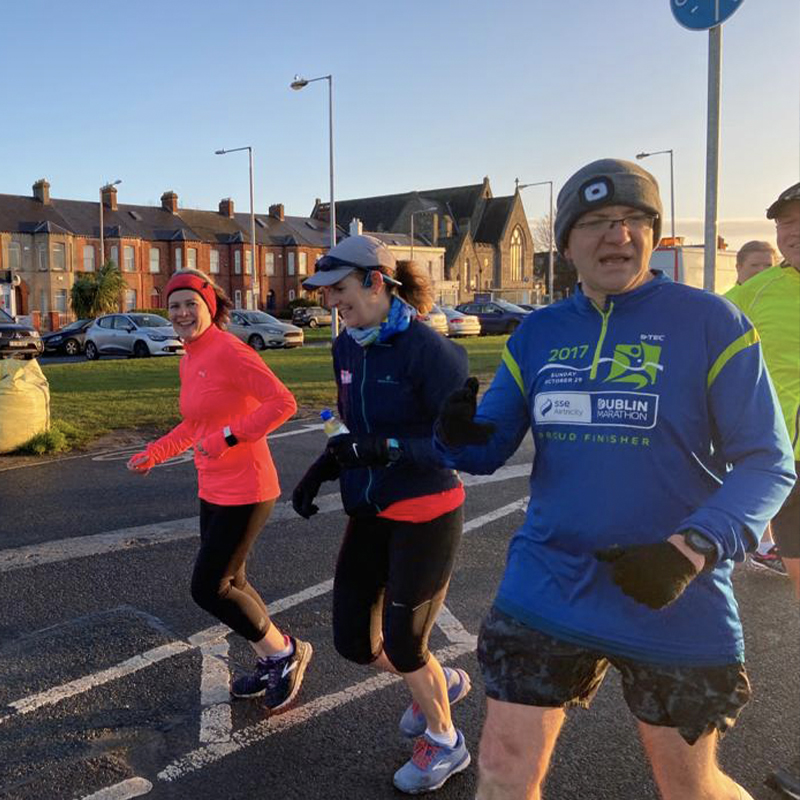 Training is tailored around these times and is split up into different groups. Many will be aiming to simply finish a particular race, while others will be aiming for very fast times. Our groups will take part in short runs, long slow runs and speed sessions. Hills are also a part of the training process. Although not compulsory, everyone is welcome, regardless of your level, which makes it fun. There is huge encouragement from our members as they pass each other, driving that sense of community while building yourself to be a better athlete and runner. 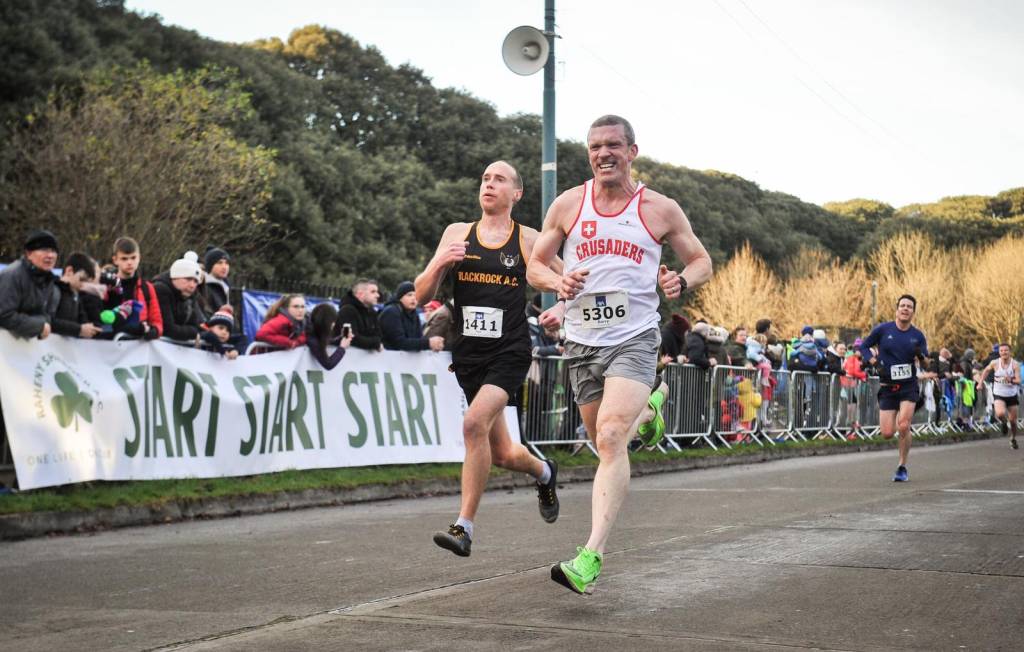 In addition to this, there is a high-performance running team. Our chairman, Barry Thornton and other members acknowledge the need for additional opportunities to focus on high performance for some athletes. “We want to be able to offer high-performance athletes additional options. We have many sub-3-hour marathon runners in the club, ten in the Dublin City Marathon in 2019 alone. This group trains and works together to bring each other on. They also travel to marathons abroad regularly, Seville in 2020 being the most recent trip, where many again ran in under 3 hours” says Barry.

So whatever your goal, there is a place for you. 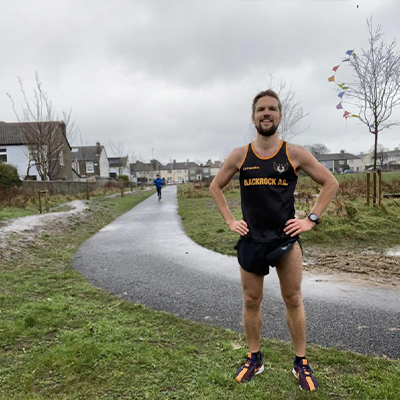 Over the past year, the running community has remained strong with support for virtual events and member participation at an all-time high. While most people will agree, nothing beats the comradery of meeting up for a group run or bigger racing event, there are still benefits to joining a running club during the lockdown.

Blackrock A.C. hosts weekly virtual events to help keep our members motivated, together, maintaining good physical and mental health while on track to achieving any other goals set out.

The sense of community remains strong with active participation in these events as well as staying in touch through local WhatsApp and Strava groups.

Thankfully, Ireland has many running clubs dotted throughout, so the chances are, there’s one near you. No matter your running level, there is a spot for you.

Running in a group is valuable for beginners and elites alike. It will hold you accountable, meaning you will likely miss fewer workouts. You will also be able to form strong bonds with fellow runners and like-minded people.

Blackrock A.C. Membership is open all year round. Check out our news section more insight into activities. Blackrock A.C. has several roles to fill which are both Committee and Non-Committee based. We... Blackrock A.C. is proud and excited for our Junior member Holly who has been selected... Are you aged 14 or older and looking to try something new this year? Or... Christmas just doesn’t feel the same without the Blackrock A.C. annual Turkey Trot. So it... As we come to the end of another great year with Blackrock A.C., we look... Share Your Best Moments As we head towards Christmas and 2021 draws to a close,... Blackrock A.C. run into Christmas with some amazing PB’s at Parkruns, preparations for this year’s...