Related: Blackrock A.C. membership is open to everybody aged 14+

Super strong running from the Junior squad with Holly, Ruby and Natasha stepping up to U16. They finished in 4th, 10th and 11th and all qualify for the Nationals.

The Girls U16 had a quality field and National champions in the line-up. Holly set off as she always does at a fierce pace to get a good position. Ruby and Natasha had good starts also on the fast downhill to the first corner. Holly stayed with the front group until the last few hundred meters to secure a brilliant 4th place. Ruby and Natasha paced the race very well to secure National qualification. 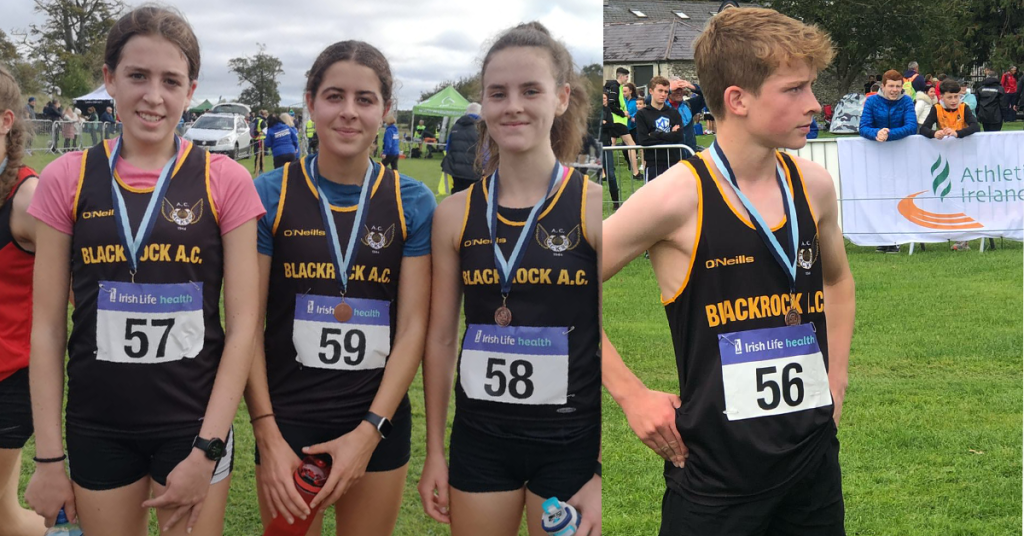 In the boys U16 Charlie stepped up to the U16s and qualified for the Nationals. Charlie again ran a super strong race and was more than a match for most of the field. He was part of the lead group for most of the race which stretched out with around 400m to go. Charlie held a very strong pace to secure 6th place in a top-class field.

The step up to U16 introduced real quality opposition and they more than held their own. Brilliant running and an inspiration to the rest of the 07 group.

We had a sole representative in the U18 boys’ race. Liam ran a superb race over 6K. A big step up in distance for Liam but performed admirably to represent Blackrock Athletic Club in a top-quality race.