Radio Nova recently started a project called ‘From the Sidelines’. This feature highlights some of the struggles sports clubs throughout Dublin, Kildare, Meath and Wicklow have experienced over the past year.

A few weeks ago Blackrock A.C. Junior Captain, Mark Cafferkey and Members were interviewed about some of the activities in the club and can be listened to below. We have also included a transcript of the conversations covered during their visit to Rockfield Park. The interviews were carried out by Dave Daly.

Hi Dave, I’m Mark Cafferkey, the junior captain in BlackRock Athletic Club. We are coming up to 80 years old at this stage and are the largest athletic club in Ireland. We have about 600 members. Normally we would train in Carysfort Park but today we are here in Rockfield Park. We are split across 4 different locations during this COVID period to ensure that we get the kids out and get them all training.

Dave Daly: Do you have a place where you would have meat normally?

Carysfort Park is our main training place, that is where our clubhouse is and that is where we have been based for years now. We have permission from Dun Laoghaire County council to use that as a primary athletics training area. However we have spread out here because of COVID and also because of numbers at the moment, we can’t all be in the park at the same time.

Dave Daly: How did COVID affect the club?

It has affected it quite dramatically actually.  We have managed to keep training but we are limited in the numbers of people and have had to increase the amount of coaches that we have so that we have the right ratio of athletes to coaches. We have managed to keep going, we have staggered our training, altered the dates that we train on and have spread out all the training to accommodate as many kids as we can.  The last thing we want to do is turn any kids away from training. We pre-register before they train,  they accept online and we then set up the pods appropriately depending on how many kids.

Dave Daly: How do you recruit new members?

The juvenile age groups are oversubscribed. The club is well known around the area so for the younger age groups of the club it’s well oversubscribed by a couple of hundred. However, we do have openings for 15 to 19-year-olds and they can check out membership options by going to blackrockac.ie/membership. We would welcome anybody from around aged 15 to 19 years of age to join the junior section of the club. They can register online or get in touch with us first info@blackrockac.ie

Dave Daly: Do you offer a number of disciplines. What kind of activities can they take part in?

There are about 10 different disciplines, hurdling, high-jump, long-jump. we also do 200, 100 and 60metres. It all depends on the age of the child and what they compete in. We also have a mid-distance crew who compete in cross-country races. They cover 1,500 meters, 2k, 3k. So there is a lot of different disciplines and distances depending on what you want.

Dave Daly: The place is lively here now and it looks like great fun. Obviously fun is a big part of everything you do?

Well of course but it’s a good question actually because the kids know their strengths and they’re really split into two disciplines. One is very social and fun orientated, they like to come down to train with their friends and keep fit and practice athletics so that maybe they can get better in other sports. And there is the other Section which is very competitive you have well-trained athletes who followed their own training programs and compete at the national level actually. 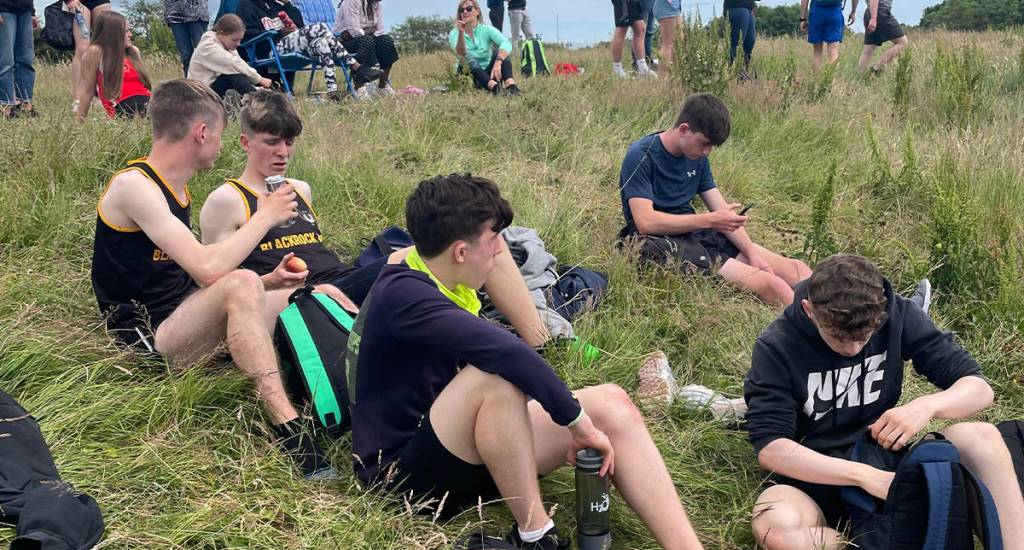 Dave Daly: In terms of volunteers. Who are the coaches> Is this something you promote and try to get?

Yes absolutely. we have a coaching crew here of about 70 + coaches and we are very well supported actually by members and their parents. However, we are on the lookout for more volunteers and encourage people from the community who want to get involved to get in touch because there are coaching places available on a casual and more permanent basis.

My name is Maeve and I am running in BlackRock Athletic Club. I really like coming here because I get to exercise and work out and get my fitness levels up. I’ve made loads of really good friends here. I have been coming here for a while and have some really really close friends here, some of my best friends. That really helps me to keep coming to training  And we motivate each other.

Dave Daly: How did you get on during lockdown girls?

It was very difficult. last year especially because I was doing my junior cert and I was a little bit all over the place. I really did miss athletics actually. At the start, I thought 2 weeks break would be really nice but I did not end up going back until September of that year in 2020.  I realised the importance of running and having a healthy lifestyle.

Dave Daly: What are your disciplines?

I used to be really into sprinting but now I don’t really like competitive running and that is totally fine. I like to come here for the social aspect and I have gotten more into the long-distance now actually.

Dave Daly: What about the other aspects of track and field? Do you take part in long jumps or anything?

I competed in the high jump when I was younger and I  really enjoyed that. It was something we did for fun and I discovered that I was kind of good at it so I did that for a couple of years. However, I am really into sprinting now so I do most track events.

Dave Daly: How many times a week do you train guys?

Twice a week on Sundays and Thursdays full stop there are different options throughout the club though. 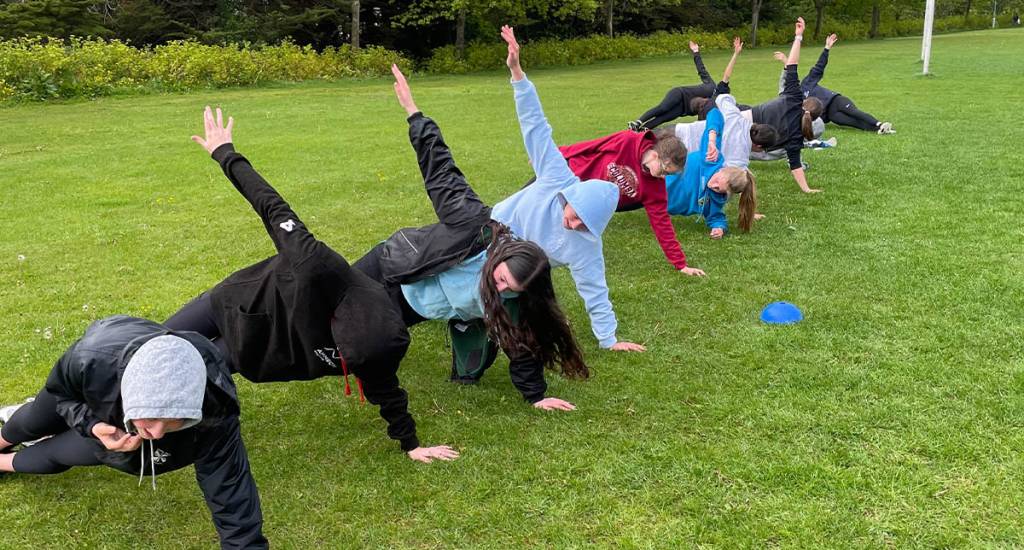 Dave Daly: Do you like to travel to the meets when they happened? There must be a good bit of fun in that?

Yeah I love going to all the tracks. Abbotstown is a really good one for the indoors. It is really fun and the atmosphere there is always really good.

Hi, my name is Killian and I am a member of Blackrock A.C. under 17s relay team. We just got back training in the last 3 weeks. During lockdown, I did a lot in Blackrock college to keep fit.

Dave Daly: What stage of education are you at?

Dave Daly: How did you come to it athletics? Was it through your school or was it just through friends?

The athletics club is just up the road from my house so my mum signed me up when I was 8. I actually got into it then when I was 10 so I’ve been here since I was a kid.

Dave Daly: The relay sounds like a great bit of fun.

I have been in the relay team for 4 years now and have won 3 Dublin gold medals, so we have been doing really well.  Then last year in the indoors in February we got through some nationals with the third-best time in Ireland. Then the nationals were cancelled which was very unfortunate. then they were cancel again during the summer and they’ve been cancelled again but it’s just the way it is. It’s kind of annoying but we have to go through it.
Dave Daly: Would you run in Santry Stadium?
Yeah we’ve run in Santry, I think twice for the Dublin’s.

Dave Daly:  What about future ambitions, the Olympics, stuff like that?
Oh I don’t know about that but I’m hoping to go under 11 seconds for the 100 meters. that’s my main goal in athletics.
Dave Daly:  Do you run any other race distances?
So I do 100, 200 and 60 meters and I do a bit of long jump as well.