The XC season came to an exciting end at Santry on Saturday with the All Irl Schools XC championship. Congrats to Holly O’Brien and Ruby Mullen (St Andrews) and Antoine Roquette (Wesley College) on their fine performances. All three athletes were part of their school teams that took top three places with Holly and Ruby part of the St Andrews team that finished in third place and Antoine part of the Wesley team that finished in second place.

There was a special moment for Holly (who finished a fine 15th position overall) at the medal ceremony when her grandfather and former President of the Schools Athletics Association, Michael Hunt, presented her and the team with their medals.

Well done to all three athletes 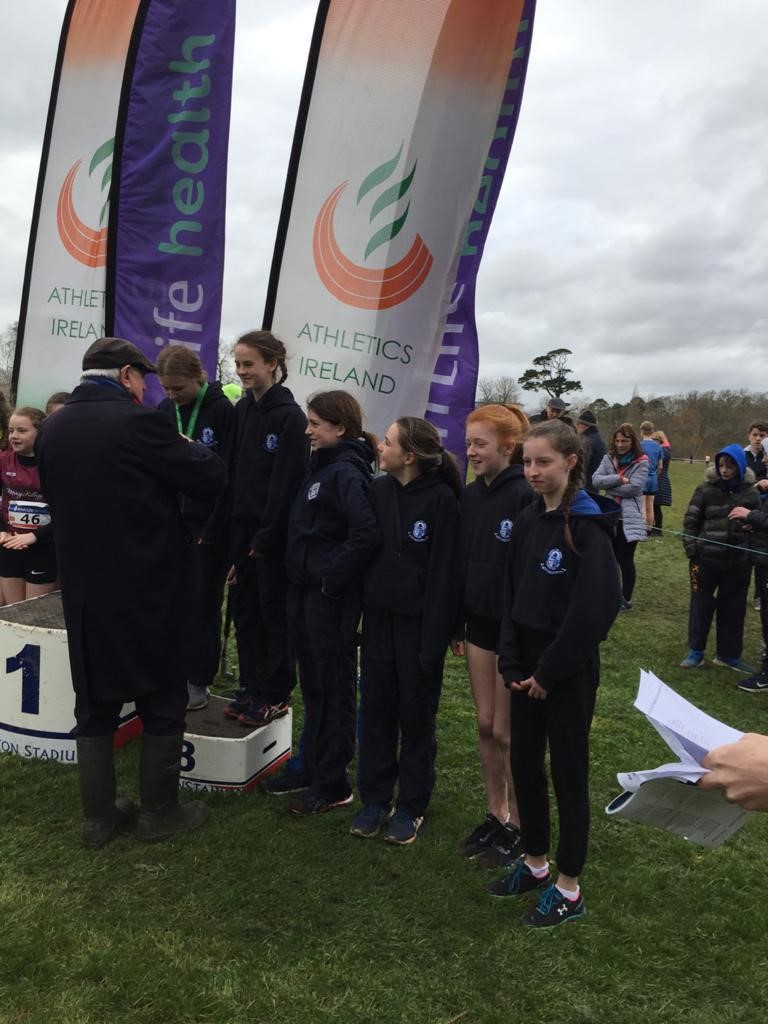 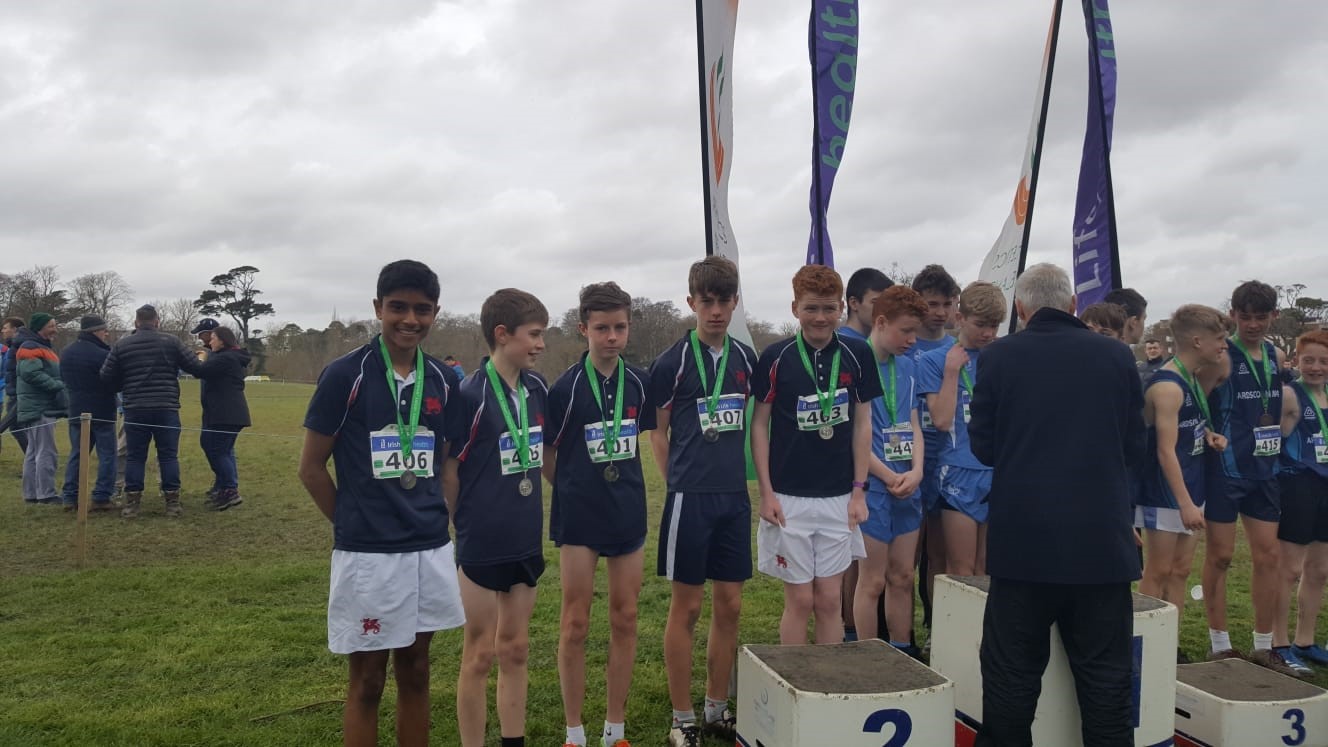