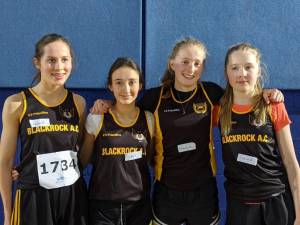 The ethos of this section of the club is for the athletes to train in a fun and social environment while still allowing them to reach their competitive potential and compete for the club should they wish to do so.  We hope to foster a lifelong love for athletics and a long-term connection with the club.

Athletes train in their age group which is based on the calendar year January to December.  This works well for team competition and for social reasons.  As the athletes get older and more competitive or specialised, they can join development squad groups that span age groups but still maintain training contact with their own age group. 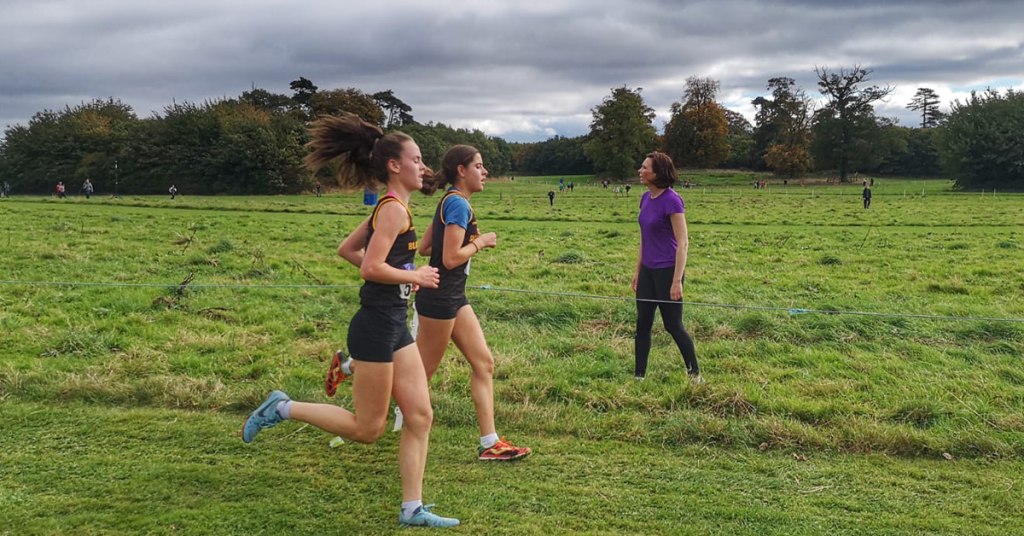 Coaching is structured by age group with a head coach and team of coaches for each group.  Almost all of the coaching training is voluntary by parents or club members, many of whom are or were athletes themselves.  All our coaches are Garda vetted and have completed child welfare training. The club encourages and pays for ongoing athletic training of our coaches with Athletics Ireland or equivalent coaching courses.  Parents interested in getting involved in coaching are always welcome but should understand it is a commitment for a number of years rather than months.

Children in the Academy are aged 6 & 7 as they join the club in the year that they turn 7.  The Academy meets for an hour on Sunday mornings in Carysfort Park and trains with a mixture of warm-up exercises, games, drills and little runs while gently introducing the children to some athletic techniques.  In a fun environment, the children develop their agility and coordination. 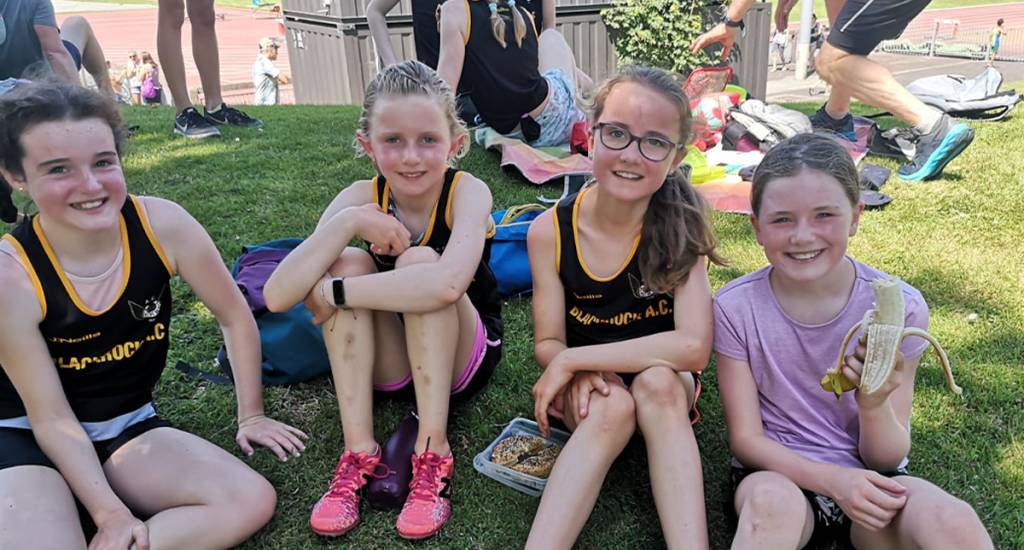 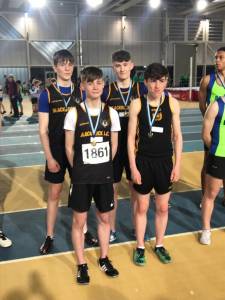 Children aged 8-14 train twice per week on Thursday nights and Sunday mornings.  Over the year the training focus changes from cross country in the Autumn to track and field athletics in the Spring and early Summer.  The children are afforded the opportunity and are encouraged but not required to compete for the club in local, Dublin and National competitions.  They compete each year in an age bracket which is the age they turn that year plus 1. For example, a child whose birthday is in October turning 12 will compete in U13 for the full year even though they are only 11 for most of it.

The Club participates in the Cross Country Leagues, National Cross Country competition so the children have the opportunity to run through the mud in Phoenix Park and other venues over the Winter season.  The Dublin indoors held in the National Arena in late February and the National pairs outdoor competition in May/June are highlights of the track and field calendar.  Children, regardless of ability can enter in their teams or individual events and partake without pressure to succeed.  It’s a wonderful boost to the confidence of a 10-year-old to run a relay around the track in our National Arena.

As the juveniles progress into their teenage years they begin to develop a preference for sprints, mid distances, Hurdles or other field events such as Javelin, Shot Put, Long Jump and High Jump.  The training programmes begin to diverge around this time and intensity builds a little as they are encouraged to reach their potential.  The non-competitive athletes begin to emerge and they are encouraged to participate in club events and while they are free to opt-out of competing for the club, they focus on improving their own personal goals and endurance.

Teenagers aged 15+ and young adults form the junior section.  There are two elements to junior training as, at this age, they tend to be either competitive or social athletes.  The competitive athletes train with their age group but also specialise in their chosen field.  Additional training sessions are provided to those wishing to advance their conditioning further and tailored programmes are created.  Training intensity increases overall and the coaching aims to ensure that athletes are stretched to achieve their ability.  Social athletes tend to opt out of serious competition but are still encouraged to improve their fitness levels and times in a non-pressurised environment. 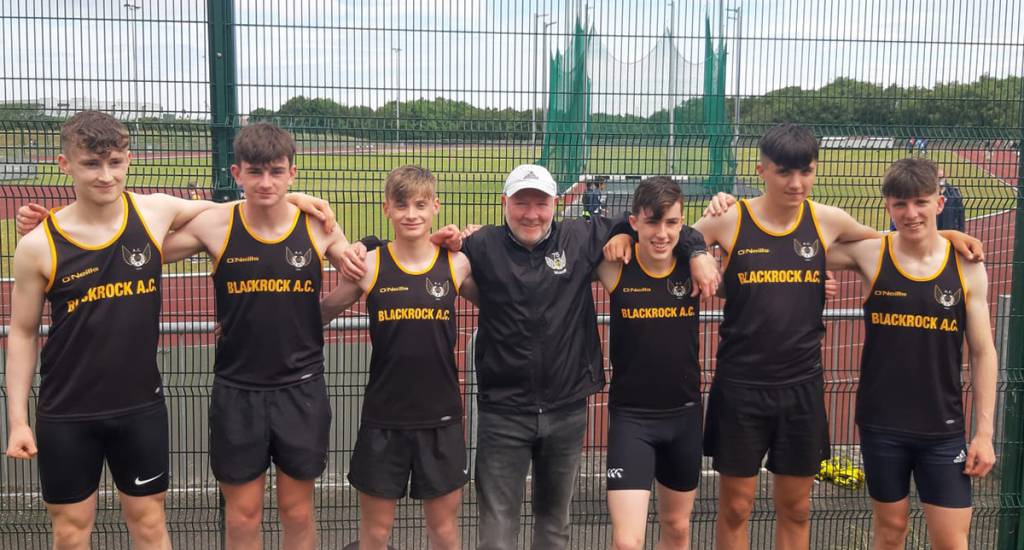 How to Become a Member

We are happy to announce that we are reopening the waiting list for certain age groups.

***NB: We regret to inform you that 2011 and 2015 age group waiting lists are currently closed due to oversubscription. Any entries made for these age groups will be removed as information cannot be retained***

(ie. if 2 children in family applying please make two individual applications one after the other )