Do you find motivation in extending your run streak? We recently caught up with Rob Asher who did just that for a full year.

On 27th August 2020, an otherwise uneventful Thursday, I’d taken a rest day ahead of a half marathon in Wexford the following weekend. This was going to be my first race in nearly 6 months so I was really looking forward to it; but alas, like so many things in 2020/21, it got cancelled. The next morning I had a cathartic run along the pier in Dun Laoghaire in heavy rain and high winds to make myself feel better.

I didn’t know it at the time but that morning I began something which ended on 27th August 2021 when I went for a run with some Blackrock A.C. friends in Cabinteely Park, completing a 365-day “run streak” (consecutive days where I ran at least once daily). This is something I’d never done before and may never repeat, but if anyone harbours ambitions to do something similar, these are some lessons I learned along the way;

1. All About That Base

Before this madness began I had been habitually running 5-6 days a week so I had solid base fitness. There are no shortcuts here, I’m afraid; your body has to be able and used to handling a lot of running to do this safely and this takes a long time. I’m a great believer in the 10% rule – i.e. never increase your training volume by more than 10% week on week – which has served me and many others well in avoiding injury. 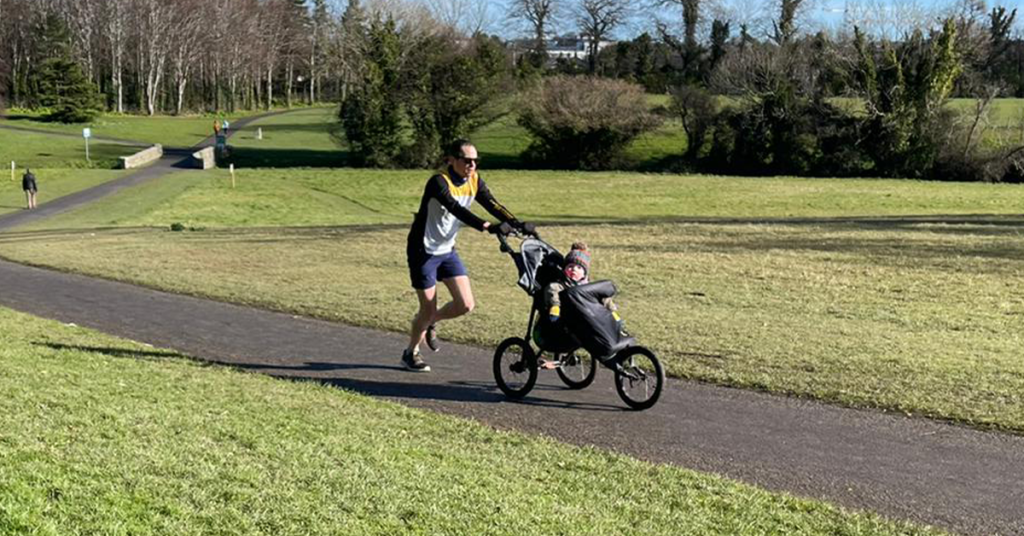 2. Variety is the Spice of Life

I ran on roads, grass, hills, tracks, beaches, trails, piers and in parks; varied routes, speeds and distances; by myself, with my young son in a running buggy, or with friends from Blackrock A.C. I embraced ‘virtual’ races, real races (when they returned) and ‘not-parkruns’ to stay connected. Feeling part of a running community was so helpful. Especially during the 5 months or so during the year which was spent in a 5km-from-home lockdown.

3. Don’t Take it Too Seriously

It’s no coincidence that this happened during a pandemic when I was spending little to no time commuting or travelling. There was a lack of big races like my beloved Dublin City Marathon to prepare for. Family and work commitments have to be respected and you need to find a way of fitting the runs in; for me, this was mainly achieved by very early starts or by combining it with family time by going for a buggy run. Ultimately though I frequently reminded myself that this wasn’t important, was totally arbitrary and no one was forcing me. I was lucky that nothing happened, like illness or family emergencies, to stop me, but I was fully prepared for it. This no-pressure policy surely helped to get it done. Also helps to have an incredibly patient and supportive wife, not gonna lie… 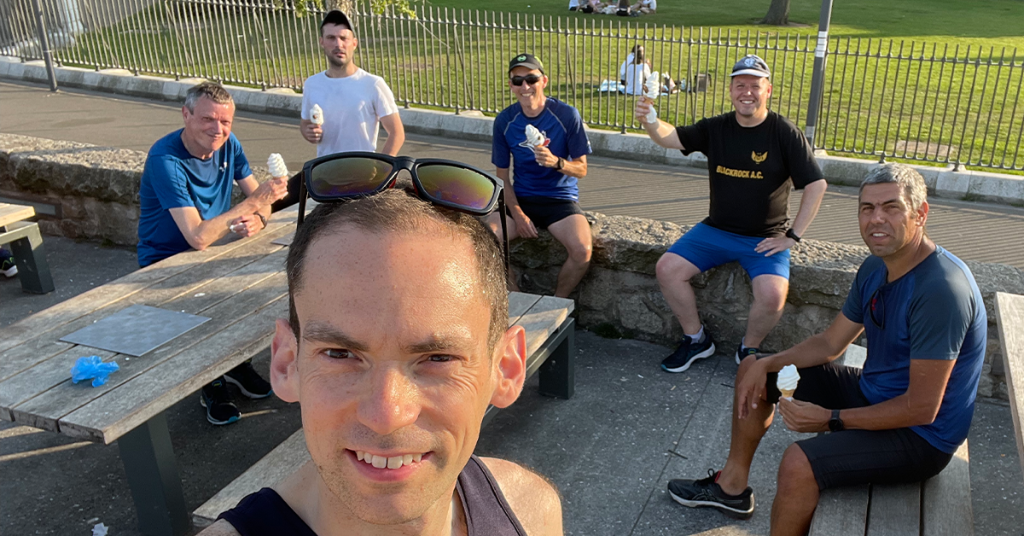 4. No Such Thing as Bad Weather, Just Bad Clothes

Running every day for a year means running in a lot of weather, especially in Ireland. My most important bits of kit were a good waterproof running jacket, waterproof cycling gloves and a decent baseball cap. These got me through a 4.5 hour run in gale-force winds and heavy sleet/snow back in February. At the opposite end of the scale, a good sports sun cream is also critical. Thanks Mrs A for buying this for me!

Avoiding injury is a must; I learned to embrace the concept of “active recovery” and made sure at least once (if not twice) a week my runs were short and at a gentle pace, especially the day after a hard session. I just told myself that there was never any need to set a minimum daily distance and if the body said stop, or slow down, respect it. On one of my runs I felt a twinge in my back after just a mile and I immediately stopped and walked home – it was the shortest run of the year but still counted, and I already felt better by the next day.

This one came as a surprise to me; after a few weeks, it gets easier to keep going as your body adapts and gets ingrained into your daily routine. Right now the idea of *not* going for a run feels about as odd as not brushing my teeth in the morning. In fact… can anyone point me to a useful guide for how to take a rest day…?!

I expect everyone thinks I’m just a mad eejit – they’re probably right in fairness – but I really enjoyed getting this done and it kept me mentally ‘afloat’ during some difficult times. In any case, more running means more fun, right?

Membership to Blackrock A.C. is open all year round to members 14+. At this time, a waiting list is in place for those aged 6 – 13.