The tragic killing of Ashling Murphy on 12 January has shocked and upset all members of Blackrock A.C.

As a tribute to this great young woman, Blackrock A.C. organised a minute’s silence Tuesday evening before training at 7pm. Present on the evening were Women’s Captain Sinéad Howard and Fit4Life Leader Gerry Flaherty as well as many mebers of the Blackrock A.C. community.

“It was with great sadness we learned about the attack on Ashling Murphy last Wednesday, 12th January 2022, while out for a run.  This tragedy has resonated with all of us and touched us to the core, especially the running community in Ireland.

We, the members of Blackrock Athletic Club, Dublin stand in solidarity with Ashling’s family, friends and the wider community, in mourning her loss. 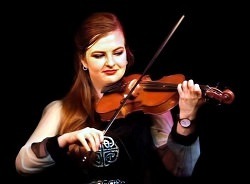 The events feel visceral to us as runners, especially shocking when she was just out for a run in the middle of the day on a busy route. Though on another level that doesn’t matter, any murder is appalling, unacceptable and 100% the fault of the perpetrator whatever the circumstances.

As a man I am privileged that when I run, at any time, I’m more worried about performance and injury than getting attacked – although I’m only too aware that is not true for so many women which is obviously wrong and unfair. I hope for a world where women could have the same experience running as me, a world with no misogyny or violence. I take pride that we, in Blackrock AC, can provide a safe, respectful and welcoming place for people of any gender to run together. I am the Captain of the “Men’s Section” but women can and often do run with us and are always very welcome.  My heart is broken for Ashling’s friends, family and the children in her school. May she rest in peace.