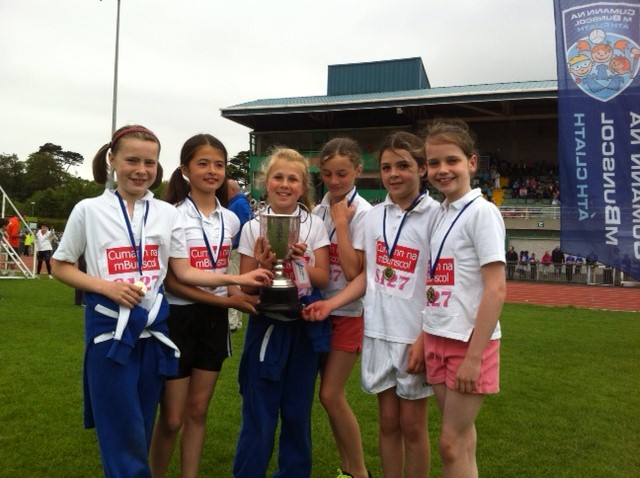 Well done to all those athletes who were representing their schools recently.

In particular to: The Girls/ Boys Under 10 relay squads from Carysfort NS, Tommy O’Brien from Blackrock College and Sarah Healy from Booterstown NS on superb performances in both the Dublin and All Ireland events.

Others who competed were:

Good luck to our remaining athletes running this week in Santry