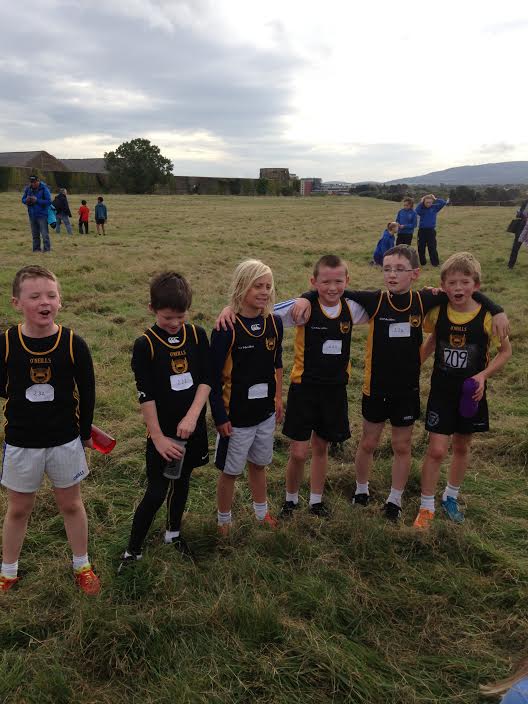 We finally got our XC season under way with a great turn out for League 3 in the Phoenix Park over the weekend. This was the third of four Leagues with the final one taking place on the last weekend of November.

We had a handful of athletes out in Leagues 1 & 2 with fine performances from Sarah Flaherty, Laura Gallagher, Luke Moraghan, Oisin Kelly and Luke Fitzgerald.

Yesterday saw a great turn out from our younger athletes and below is a list of those who competed:

Under 9’s:
In the girls u9 – We had Libby O’Gorman , Annalie McMahon, Grace O’Connor, Shayna Crowley, Evie Marnell, Alex Maher and Aine O’Neill all competing and in the boys u9 – Luke Moraghan, Daniel Schwer, Sean O’Riagain and Jack Fairmaner all competing.

In both the U9/U10’s we had some top 10 finishes with Libby finishing 3rd. We had other top 10 finishes from Annalie, Luke Moraghan, Daniel and Luke Fitzgerald. This is great experience for our younger athletes and in many cases they were running a XC race for the first time. Well done to all.

Under 12/13/14’s:
Tom McCarthy had a strong run in the boys U12 whilst Sarah Flaherty competed well in the U13’s and indeed over the first two leagues as well while Lina Kyne and Luke Reynolds had top 12 finishes in the U14 races.

Well done again and a big thank you to all the parents and coaches who were there on the day.

Next up for the club will be the Secondary Schools XC race in Santry on Wednesday. Good luck to all of those competing.